DESIGN, CONSTRUCTION, SALE AND MAINTENANCE OF MEDIUM-LOW-VOLTAGE TRANSFORMERS IN OIL, RESIN AND DRY

From 1962 la Elettromeccanica Piossasco s.r.l is specialized in the design,
manufacture, sale and maintenance of Medium and Low Voltage Oil Immersed, Cast Resin and Impregnated Dry-Type transformers.. Thanks to the experience achieved over the years we are able to supply standard transformers alongside tailor-made transformers designed on specific customer requirements.

If you want to have more information about Elettromeccanica Piossasco download the catalogues.

Ranges from 50 KVA TO 6000 KVA, wiyh voltage up to 33 KV (MV INSULATION CLASS 36 KV). Features upon request: electrostatic ground shield and air, silicone or vegetable oil and other accessories

Range from 50 kVA a 3150 kVA, with voltage up to kV 33 33 KV (MV INSULATION CLASS 36 KV). Features upon request:electrostatic ground shield and protection enclosure

Ranges from rated poker of kVA 20 to kVA 1600. For specific implementations and photovoltaic systems, with low losses and high efficiency. Features upon request: electrostatic ground shield and protection enclosure

For technical information and prices please consult our sales office

Is it better to buy a cast resin or oil insulated transformer?

There is no specific parameter for choosing the type of transformer to buy; it mainly depends on the project that will be made based on the customer’s requests. It also depends on where it will be installed (for example indoor or outdoor), on the country of final destination as well as on the type of plant it will power (for example photovoltaic, power supply ovens, etc.)

Adequate flexibility is provided based on the customer’s request.

Before being placed on the market, our transformers are all subjected to testing according to the procedures set out in the CEI EN 60076-11 standard..

Routine tests are included in the price and are carried out in our workshops by expert personnel. It is possible to witness the tests.

At the customer’s request (and at an additional cost) type tests can be carried out in laboratories managed by recognized external bodies, such as the CESI laboratory (Milan), and also special tests including:

As for the transport, we will evaluate together the most suitable solution to meet your needs.

The installation, on the other hand, is not our responsibility.

Do you have certifications?

Elettromeccanica Piossasco’s production is based on the application, in its process, of a quality assurance system, developed in accordance with the ISO 9001: 2008 standards, accredited and verified by the certification body DNV (DET NORSKE VERITAS).

In September 2021, following tests carried out on our transformers, at KEMA (Cesi Group) laboratories, we obtained the E3-C2-F1 certification for resin transformers.

From 1st July 2015 both aforementioned standards have been replaced by the new European standard EN 50588-1, pursuant to EU regulation 548/2014 issued by the European Commission, which aims to achieve greater energy efficiency and general environmental compatibility of the electrical appliances with consequent reduction of CO2 emissions.
The directive was applied in two phases: the first phase was introduced starting from 1st July 2015 and the second, which provides even more stringent and performing standards, was introduced from 1st July 2021.

Let’s get to know this new standard better…

The EN 50588-1 standard introduced technical changes both for oil transformers and resin transformers (from 25 kVA to 40 MVA) including:

If you would like more information on the matter, please contact us by email at the following address: info@elpitalia.comWe will care to better illustrate the current legislation and respond to any questions and clarifications in this regard. 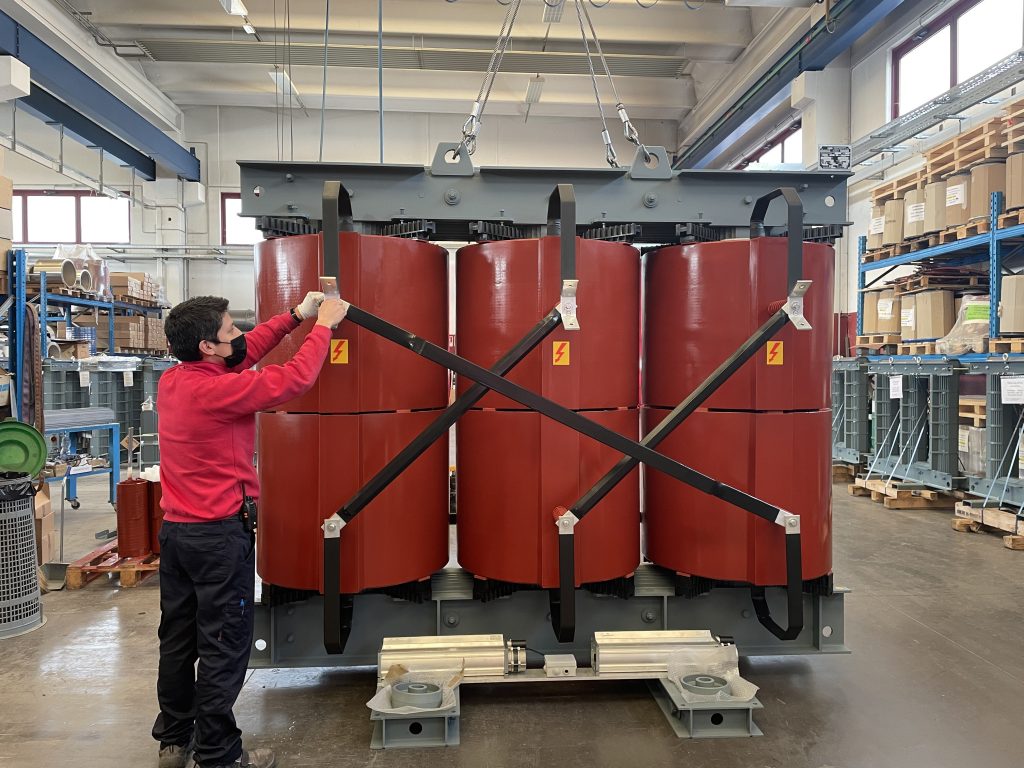 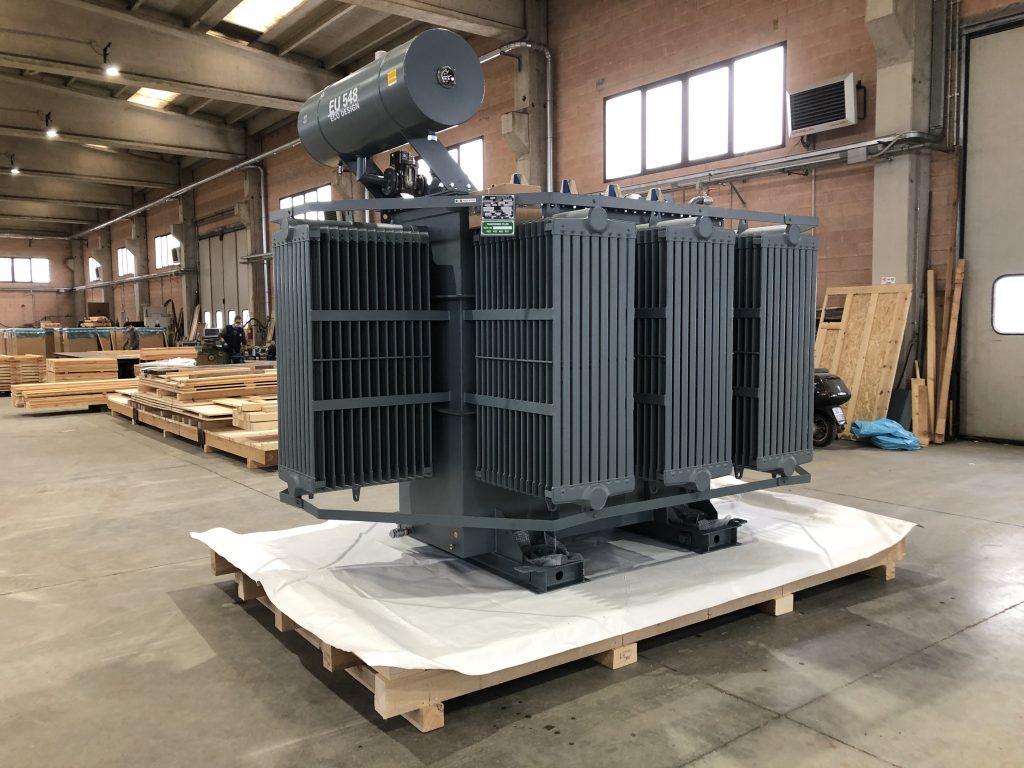 ENERGY FOR THE ENVIRONMENT

Due to the process of environmental degradation that our planet has undergone, environmental protection has become one of the main problems at the global level.

We are active for the resolution of this problem, in fact we recycle all the waste from production, the disposal is checked and we carry out separate collection.

In 2010 it was also built, adjacent to the headquarters of Elettromeccanica Piossasco, a photovoltaic system that allows us t